According to Monica Hocking- email 7/3/2017, "William Lutton's widow Jane married William Barrett in 1859. She had already bought the land from the Reids so Mr Barrett did well. His brother Thomas and wife Caroline née Harrison lived nearby. William sold some of the land to St Georges for the cemetery where he was caretaker and eventually sold the rest."

The cemetery was designed for the church by the Reverend (later to become Canon) Coombs in 1861 on four acres of land. The land cost £55. Fittingly the centre plot contains his remains. Many of Gawler’s early Anglican settlers are buried in the surrounding plots.

The first section of the cemetery was consecrated in April 1864 by Bishop Augustus Short. The first curator was William Barrett.

Unfortunately the cemetery was not always well cared for and it has required extensive maintenance by a team of volunteers, over recent years to keep it tidy. In November 1996, the Archbishop of Adelaide consecrated the rear half of the cemetery land for use as a lawn cemetery.

Amelia Underdown - the first burial at St. Georges in 1861. Amelia Underdown was born on 25th September, 1855 at Bowden to Lycurgus and Jane Underdown (nee O'Neil) she died on 9th September, 1861 at Peachy Belt aged 5 years and 11 months. Not a lot of information. I had to find this through the Index of Registrations Births (1842-1906) and Deaths (1842-1915) as there were no newspaper notices for her. On 9th December, 1863, Lycurgus and Jane had another daughter born at Enfield whom they also named Amelia. Thank you Nicolle Ellis for this information.

More information available on page 13 of this PDF from the Gawler Council.

There are more photos of the cemetery here. 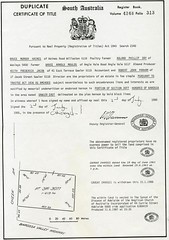 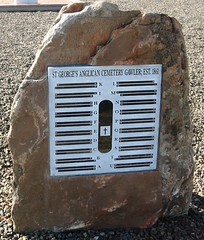 Plot layout in the Cemetery. 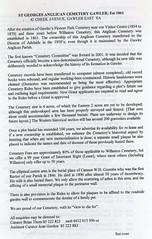 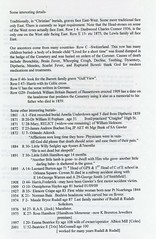 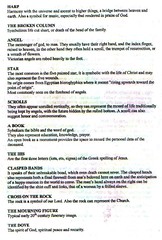 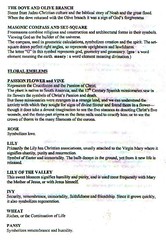 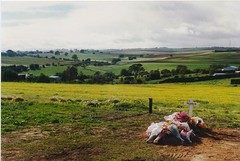 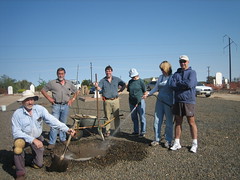 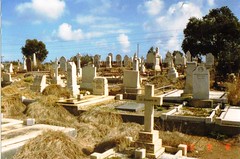 Do you remember St. George's Anglican Cemetery ? Then Join up and add your memory here.

This page was last modified on 1 August 2017, at 10:57.Text on this site is available under the Creative Commons Attributions/Share Alike licence; additional terms may also apply. See our Terms of Use.
About Now and Then | Places | People | Events | Organisations | Things | Contact us